“MERAN VOR APRINK” is a video presentation performed by the SF Ballet Dancers choreographed by Davit Karapetyan commemorating the Armenian Genocide, which is also know as the forgotten genocide of the 20th Century. Neither it’s perpetrator, which is Turkey, nor the world’s greatest superpower, the United States has accepted the word Genocide as associated to the Armenian Genocide of 1915 according to Director Terry George  (The Promise). To accept the “G” word would be to admit blame and accept consequences. It is to the benefit of Turkey, which is a strong alley to the United States, not to admit, states George in an interview with Charlie Rose. Therefore it is not mentioned in the history books. However, it is a reality and passed down through oral history to the living people of the Armenians. This oral history is now a powerful movie, The Promise. The Promise which is written & directed by award winning director Terri George is led by a talented and distinguished cast: Oscar Issac, Christian Bale, Charlotte Le Bon, Angle Sarafyan, Shohreh Aghdashloo, Jean Reno and James Cromwell. This international cast came together for the purpose of shooting The Promise. The Promise, the movie, was produced by, now deceased, Kirk Kerkorian, media and real-estate mogul also an Armenian.

The Trailer for “The Promise”, The Movie:

“The Promise” the movie, has started a movement, KEEP THE PROMISE! This is exactly what the KZV students of Bay Area have done. On April 21st, to commemorate the 102nd year of the Armenian Genocide, the KZV students along with their teachers and volunteer parents first climbed Mt. Davidson to celebrate and remember at the Cross then they attended the premier of The Promise in Daly City. 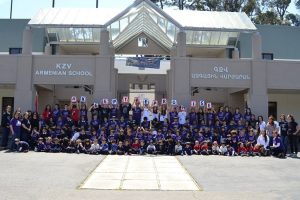 Keeping The Promise ~ Video of KZV Armenian Students in front of the School ~ www.kzv.org 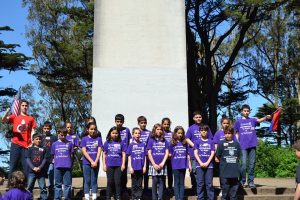 Click on Video above to listen to song or clink on the following link: KZV Students sing “Tun Im Hayreni”.  “Tun Im Hayreni” also sung by Armenian recording artist, Arabo Ispiryan, translates to “You Are My Homeland”. The children above, KZV Armenian School students, are survivors of the Armenian Genocide. They are flying their flags (American & Armenian) high in a FREE land. They are surviving and KEEPING THE PROMISE. A promise to Survive, A promise to Strive, and be Free from hatred and evil. Long live the survivors of all the genocides from history and from today. Long live all the ordinary people who are survivors. There is evil but there is also good. As portrayed in a scene from, “The Promise”, the Turks ran the Armenians out of their homes and some escaped to Mussa Dagh to hide and fight back, The French helped rescue them onto their ships and saved over 4,000 Armenians. God Bless all the good people of the world.

The video above, “Meran Vor Aprink” is performed by San Francisco Ballet Principle Dancer Davit Karaptyan and other SF Ballet dancers. “Meran Vor Aprink” translates into, “They Died So We Can Live”. It is produced by the Mt. Davidson Cross Organization, CAAONC. The Mt. Davidson Cross is the largest cross in the world and the highest geographic point standing at 938 feet in San Francisco according to mtdavidson.org. On February 18th, 2017 The Council of Armenian American Organization of Norther California celebrated the 20th Anniversary of acquiring the cross at a banquet in the Bay Area.

Please see the movie The Promise, visit Mt. Davidson Cross and pray for the end of genocide. Keep The Promise. 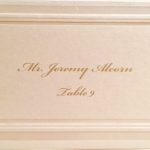 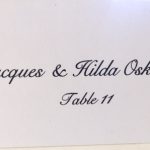