The guide to flawless invites

Imagine if the first time you met someone, they avoided your gaze, nonchalantly said “hey,” then walked away. Chances are, you’d immediately decide they weren’t worth your time.

Well, invitations for events are pretty much the same way. Sending a half-hearted, poorly made invitation tells invitees you really don’t care about the event at hand, so they shouldn’t either. Conversely, sending a thoughtful, well-crafted one tells them it will be something special.

As Jacques Oskanian, owner of Hyegraph Invitations & Calligraphy, says, “Invitations present an event before it happens. They set the tone and deliver the message of what the quality of your meeting will be.”

Unfortunately, producing first-rate invitations can be easier said than done. That’s why, over the course of his 24-year career, Oskanian has helped myriad meeting planners create enticing invitations—the kind that make invitees clamor to attend.

Here are some tips he’s gleaned, as well as some from the Smart Meetings events team. 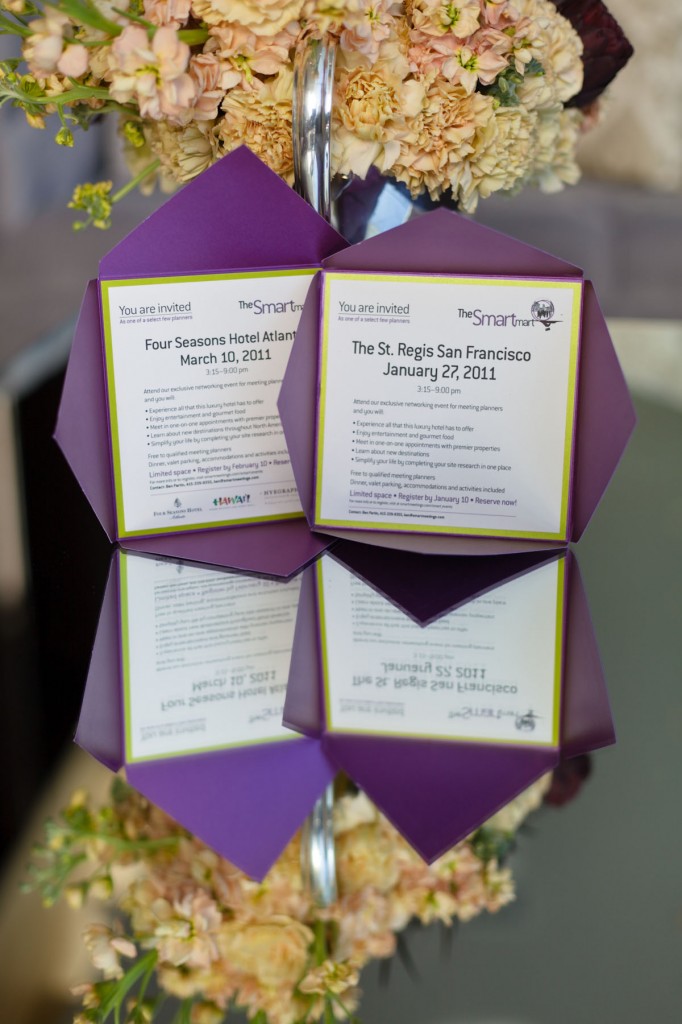 Know what you want going in.
When planners pay a visit to Oskanian’s San Francisco office, the first thing he does is ask them to specify the style, motif and colors they want. Are you looking for traditional or avant-garde invitations? Vibrant or subdued? Knowing the answers to these questions beforehand will make your life easier and your invitations better.

Oskanian says it’s also important that you arrive knowing precisely what your budget will be—and that you don’t get caught up looking at invitations that are too costly for you to ultimately purchase.

Have a large selection of invitations to look at.
The second thing Oskanian does is to give planners a large album filled with 50–100 invitation examples, which show the range of options available for inks, lithography, silk screening, engravings and more. Sometimes, he’ll even custom design an invitation suite based on a planner’s interests.

Seeing the full spectrum of choices prepares planners to make the most well-informed decisions possible. But this do comes with an accompanying don’t: Oskanian says too many options can be overwhelming.

Order the right amount.
Of all the mistakes made by planners, Oskanian says the most common is the simple, but deadly, misstep of underestimating the invitee count. “Inevitably, people come up last-minute with a bunch of names and have to re-order,” he says—a process you won’t want to deal with late in the game. His advice? “It’s always better to have enough to begin with.” So shoot high, not low.

Give yourself enough time.
Another mistake planners often make is to misjudge the time it will take to make their invitations. Oskanian says the process usually takes a good two to three weeks from the time the order is placed to the time it is ready to go, depending on which company is used—longer than many expect. When determining how much time is needed, you should also be cognizant of the complexity of the product. If you want something fancy—like, say, a three-layer design element—make sure to budget in extra time for the production process.

In selecting an invitation template for the 2011 Smart Marts and Smart Meetings, the Smart Meetings Dream Team of Benton Partin and Stacey Thornberry had to make tough decisions about colors, accents, wording and more. Here’s what they ultimately decided to do, and why:

Colors
Thornberry says they chose metallic silver for its elegance and attention-grabbing quality, and complemented it with green and purple accents to tie the product into Smart Meetings’ brand colors.

They also opted to use the same colors for every 2011 invitation, both to keep the branding consistent throughout the year and because it’s easier to keep bulk cardstock on hand. Thornberry says this isn’t a hard-and-fast rule, and it hasn’t always been done in the past. But if you’re planning a full slate of events, using the same colors could come in handy.

Flourishes
To spice things up, Thornberry and Partin selected a unique four-flap diamond fold courtesy of Envelopments, which offers an array of unique and memorable fold options. As Thornberry says, this helped make the invitations “more interesting than your typical invitation.”

Wording
“The wording is tricky, because it’s a small space to say a lot,” Thornberry says. To make this small space sing, she and Partin focused on using consistent marketing language and buzz words such as “exclusive” and “select few invited” to make each invitee feel special—which, of course, they are. They also made sure to include all sponsor logos, to give appropriate credit where credit was due.

Bottom line: Knowing the ins and outs of invitations could prove to be surprisingly critical to the success of your event. A quality product will ensure a strong first impression—the equivalent of meeting someone, shaking their hand confidently and introducing yourself with a smile. 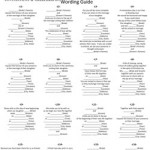